TOURISM AND CLIMATE CHANGE: THE PARADOX OF ARCTIC CRUISES IN CANADA 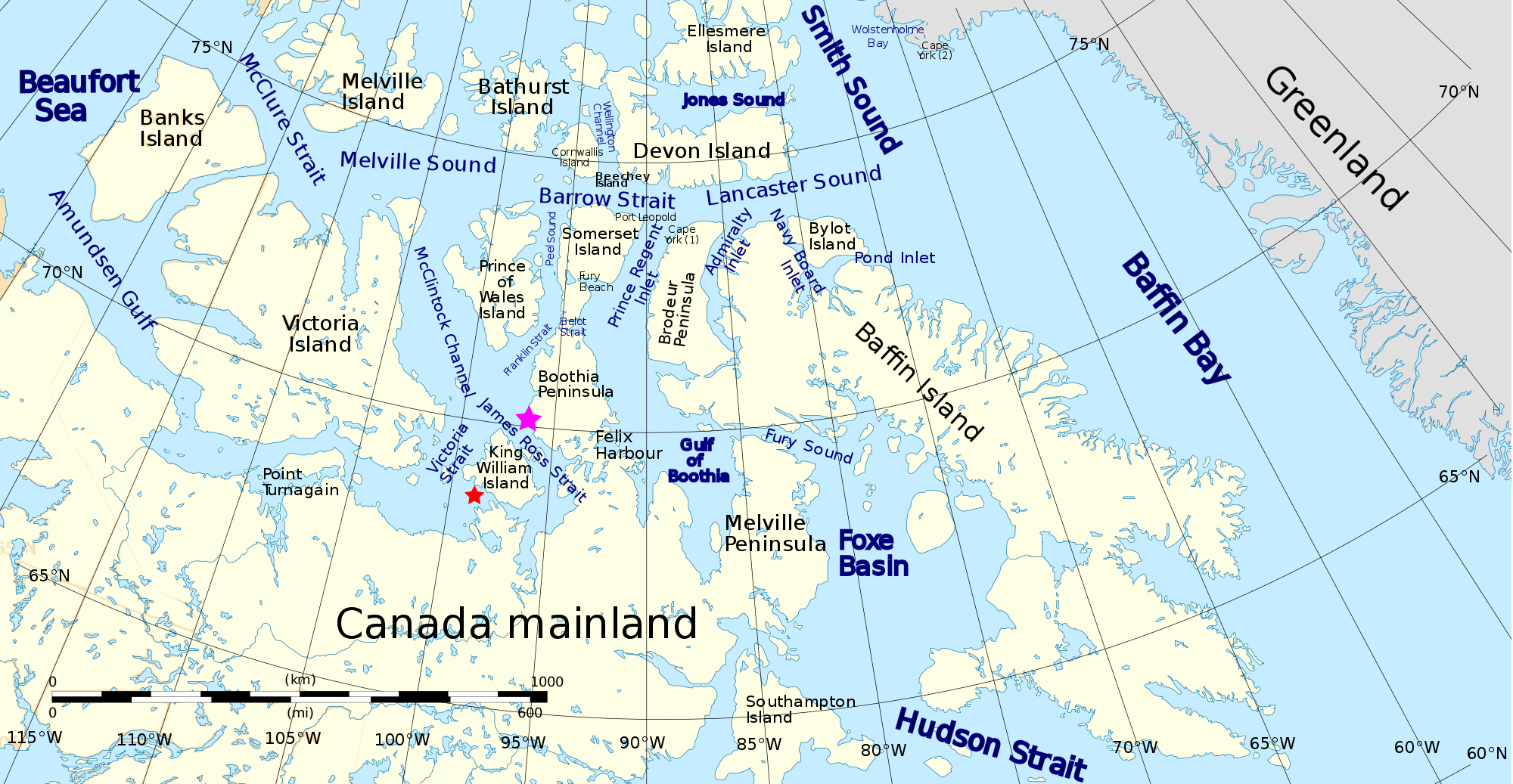 Canadian Arctic Tundra
From the first ages of exploration, the Arctic idea has resided in collective memories. For people who live in the Arctic, it is a way of life including traditions and indigenous knowledge. The entire Arctic is now not only a habitat for wildlife, but also a base of power and wealth and, above all, the “litmus paper” of climate change. We will focus this research of the American Arctic, specifically on some areas of the Canadian one. The Arctic Monitoring and Assessment Program AMA defines the American Arctic as "all United States and foreign territory north of the Arctic Circle and all United States territory north and west of the boundary formed by the Porcupine, Yukon and Kuskokwim Rivers; all contiguous seas, including the Arctic Ocean and the Beaufort Sea, Bering Sea, the Chukchi Sea, and the Aleutian Island chain." The Canadian arctic tundra encompasses an area of 2,600,000 km2 corresponding more or less to the Northern part of the nation and including the Arctic coastal tundra, the Arctic Lowlands, the Innuitan Region, Yukon, the Northwest Territories, northern Ontario, Labrador, northern Quebec and north-eastern Manitoba. Around 50% of the inhabitants in 2006 were of indigenous descent. According to recent records, the health status of citizens who live in the Arctic zone is consistently lower than that of the rest of Canadian inhabitants. Especially in the territory of Nunavut life, expectancy is low and infant mortality rates are higher. It can be seen that the health of the Aboriginals is much worse compared to that of non-Aboriginals of the same area. Suicide rates and lung cancer rates are higher, and even the number of deaths by accident due to the lifestyle of the area by which a large amount of time is spent fishing and hunting and motor vehicle accidents are common.

Tourism in Canada
Tourism is a particularly vulnerable to extreme weather events. Above all if the itinerary includes even remote locations, the lack of communication channels can be a strong obstacle to public warnings. Although the Meteorological Service of Canada had spread a tornado warning, in July 2000, a tornado killed 12 and injured over 100 people because of a communication breakdown. On the other hand, other destinations used what would usually be considered adverse weather conditions for carrying on different touristic strategies. For example, thanks to its violent winds, Tarifa, Spain is now famous all over the world as a perfect windsurfing location. Even in Canada, Vancouver Island in British Columbia has developed a Storm Watching touristic product on its Pacific Ocean. A recent survey in Canada revealed that 94% of park agencies indicate climate change as a cause of alteration of park policy and planning over the next 25 years and 91% of them admitted that they do not have the capacity to respond to this challenge. Climate change has a strong impact especially on the Arctic part of Canada (and all over the Arctic as we all have learnt from hundreds of scientific studies in recent years), but the accessibility caused by ice-melting is creating a paradox. In fact, the transits in the North-west Passage area increased by 70% between 2006 and 2014. The sea ice has been reduced by 5.2% per decade in this area, by 2.9% in the Canadian Arctic Archipelago, and by 8.9% in Baffin Bay.

Arctic cruises
In addition to the ice-melting, other factors like the discover of unique landscapes and wildlife of Arctic took to a huge growth of cruise tourists in the last 12 years. Another factor is the so-called “last chance” tourism. “Last chance” tourism is in this case “a dog chasing its tail”. The increasing number of cruises, in fact, surely does not reduce the impact on the Arctic ice. A study in 2009 explored the potential for adaptive strategies and policy possibilities to manage the cruise tourism industry, conducting almost 500 interviews, round table exercises and workshops. Six notable governance challenges were identified. This study involved 22 participants in three different communities: Pond Inlet, Gjoa Haven and Ulukhaktok. Residents highlighted cultural and sporting opportunities in addition to the possibility of showcasing Inuit culture and traditions to tourists; still, they even underlined significant risks in relation to marine pollution and the impacts of ship traffic on marine wildlife and the danger of spreading diseases in the community. The opportunities-based focus about climate change has had very limited attention within scholarly literatures and some scholars called for a research agenda in order to understand the so-called “second-order opportunities” caused by climate change in terms of economic development of marine tourism and shipping.

Conclusion
Against this view of climate change, Alain A. Grenier of the Université du Québec à Montréal affirmed “If we are going to have tourism, we are going to sacrifice part of the environment”. Nevertheless, trying to have a second opportunities-based approach does not necessarily mean “promoting” climate change and in many situations we are already having it (just think to the entire economic sector linked to the Resilient Cities and to the “resilience” concept carried on even by the Rockefeller Foundation); the concept of resilience to climate change is involving us not only in Canada and the final aim of keeping global warming below 2°C at the end of the last COP just confirmed this attitude. On the other hand, many other natural Arctic Canadian resources and ecosystems are in danger due to climate change and the Canadian environment minister Catherine McKenna has pushed for 1.5°C target in the Paris climate talks. The Canadian government is on the front line against Climate Change, and there is a governmental strategy for cruises traffic, but it is clear that what we are trying to carry on is a containment solution; therefore, some phenomena like the opening of new ways in the Arctic could occur anyhow. The scenario of cruises in Canada surely present us with an enormous ethical and scientific dilemma. It is very hard to take a position in front of this dilemma and it is impossible to do it in a short essay. What is sure, is that the lack of governance and involvement of Inuit people (who actually base a large part of their economy on the tourism sector) in this process, which without a doubt will change their lives, appears necessary to develop a real sustainable touristic sector. 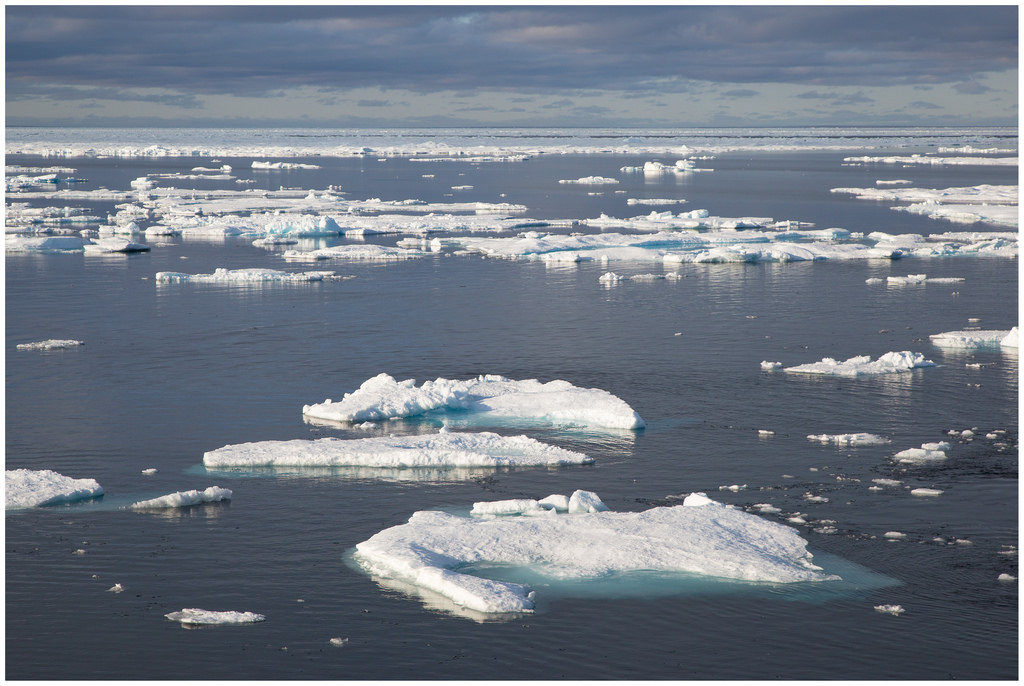